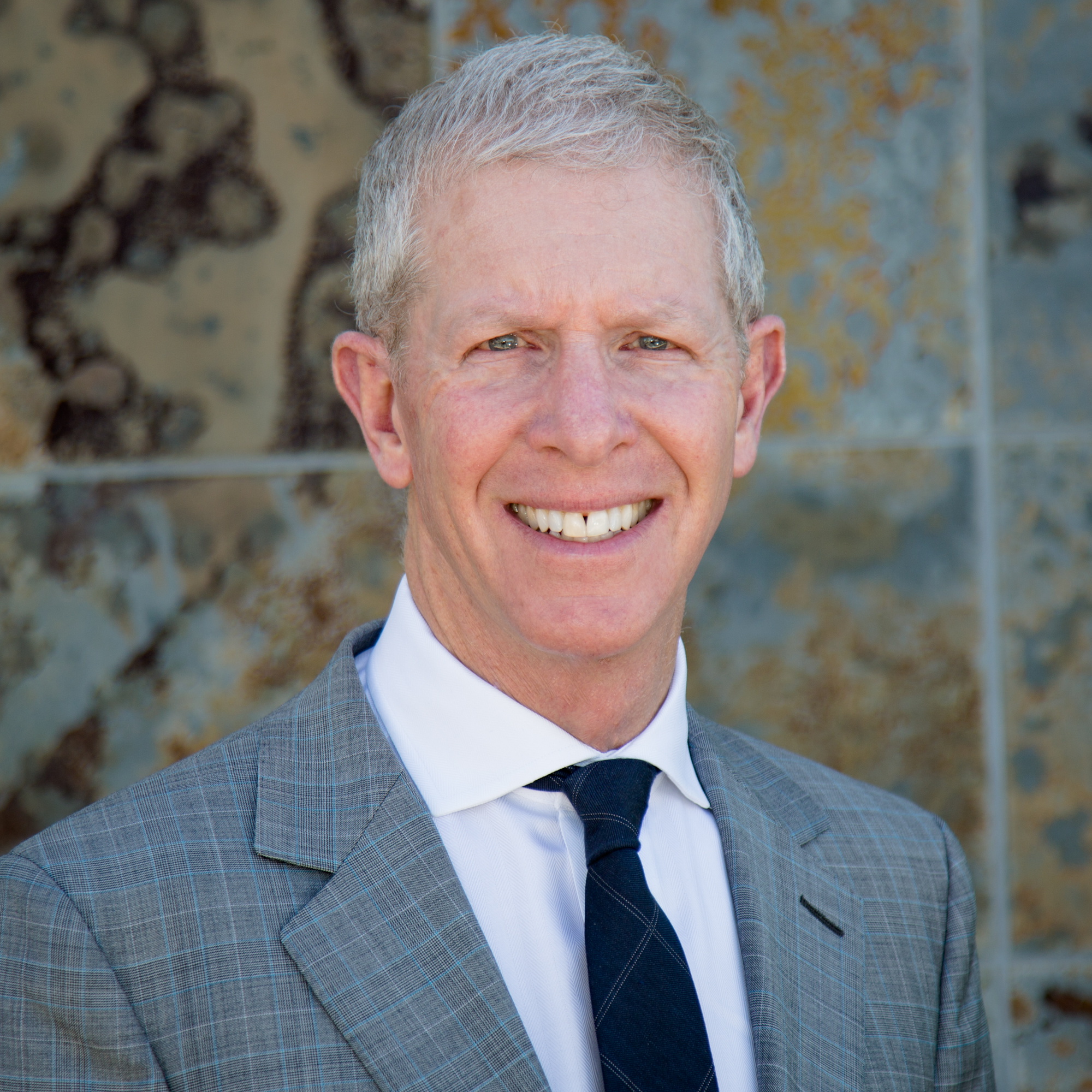 Gary London is widely regarded as one of the nation’s foremost real estate advisors to many of the nation’s largest developers, investors, lenders and real estate asset managers and owners, Mr. London has been at the forefront in understanding and describing the many demographic, technological and societal changes which are transforming our cities and regions.

In practice as an analyst and strategic advisor for six decades, he has a reputation as a prescient, forward thinker who translates opportunities (or problems) into profits.

Mr. London is a Partner of London Moeder Advisors, a diversified real estate strategic advisory, development management, investment, capital access and analysis firm whose clients include investors, developers, lenders and public agencies. He is also considered to be one of the most experienced and effective expert witnesses in real estate litigation involving issues about valuation, damages, best practices and market analysis.

Mr. London is an Instructor at The Burnham-Moores Center for Real Estate, University of San Diego. He formerly was a Professor at Arizona State University’s graduate program in real estate development (MRED). He had taught at the University of California, San Diego Extension for 24 years. Previously, he was West Region Director of Real Estate Consulting for Price Waterhouse and Executive Director of The Goodkin Group. He is a graduate of U.C. Berkeley and received his Master’s degree from San Diego State University.

A “Distinguished Toastmaster” in Toastmasters International, Mr. London speaks regularly to industry and business organizations, frequently writes and is often quoted in the national and Southern California media, and is a columnist for the San Diego Business Journal. He is also featured in the San Diego Union Tribune’s weekly “EconoMeter” sharing his views on the great economic issues of our time.

He was featured on CBS Evening News “Eye On America” for his commentary on the real estate market, and has also testified before the House of Representatives Committee on Banking, Finance and Urban Affairs. In 1995 he was featured in the San Diego Business Journal’s “Who’s Who In San Diego”; and was honored as “Member Of The Year” in 1996 from the San Diego Land Economics Society (Lambda Alpha International). In 2016 he was honored as one of the top 100 Most Influential persons San Diego by the San Diego Daily Transcript. 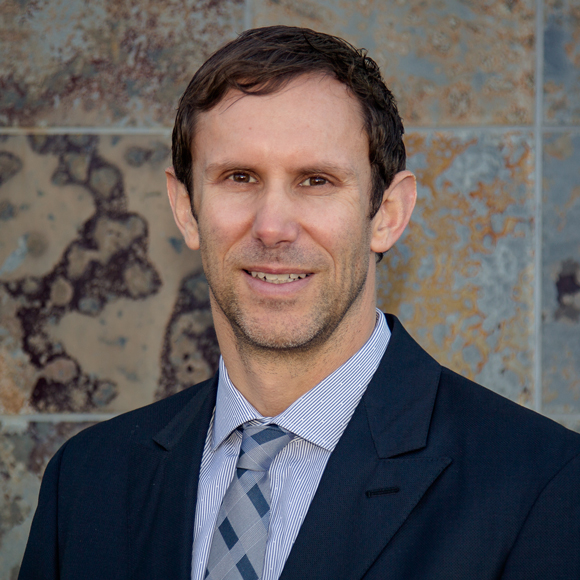 Nathan Moeder is widely considered one of the west coast’s foremost authority on the financial feasibility of real estate projects. As a Partner of London Moeder Advisors, he serves as a strategic consultant who advises a wide array of clients from the perspective of real estate economics. His clients include real estate developers, investors, corporations, financial institutions, businesses and public agencies. Project assignments span all real estate sectors including residential developments, office buildings, industrial, hotel, retail and mixed-use projects. He brings extensive experience and financial expertise as an advisor and analyst to many successful projects and assignments throughout North America.

Mr. Moeder is a real estate finance, investment and valuation expert. His experience in the finance realm ranges from working with institutional Wall Street firms on international deals to small entrepreneurial investment groups. He specializes in market analysis, evaluating project feasibility and acquisition strategies, as well as structuring joint ventures and debt layers for projects.

He has been an instructor since 2000 in various courses on real estate, including Finance and Investments, Proforma Analysis, Development Feasibility and Market Analysis. Currently he is a Lecturer at UC San Diego following his most recent posts at University of San Diego and the graduate program at the Woodbury School of Architecture. He is also considered to be an effective expert witness in real estate litigation involving issues about financial analysis, valuation, damages, best practices and market analysis.

Mr. Moeder is a member of Lambda Alpha International (LAI) land economics society.  He served on the San Diego/Tijuana Urban Land Institute (ULI) board for 14 years, where he founded the Young Leaders program.

Mr. Moeder received his B.A. in Economics in 1998 with a concentration on mathematical economic theory from the University of San Diego (USD). He also holds a Master of Science in Real Estate degree (MSRE) from USD, where he participated in its inaugural class. 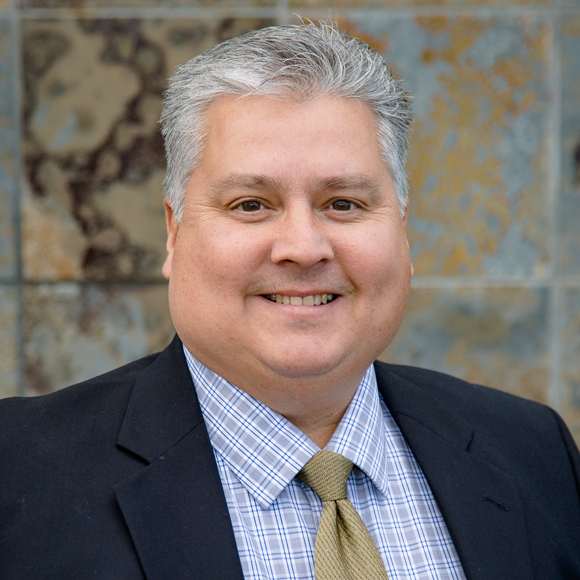 Mr. Martinez is a Senior Analyst at London Moeder Advisors. His background includes more than 16 years of comprehensive market research and analysis throughout Southern California and the Western United States. He has provided consultation, strategic recommendations, economic impact analysis and development feasibility insight into the development potential of numerous commercial and residential real estate projects including for-sale and rental housing, senior communities and the retail, office, hotel and industrial industries.

Mr. Martinez is the former Director of Research for MarketPointe Realty Advisors.  He oversaw all of the research activity and product production throughout Southern California and the Sacramento Valley.  He has contributed to real estate related articles in the San Diego Union Tribune, the Sacramento Bee, the North County Times, the Voice of San Diego, the San Diego Daily Transcript and the San Diego Business Journal. He has also provided guest lectures for real estate related courses at the University of San Diego and the University of California, San Diego. 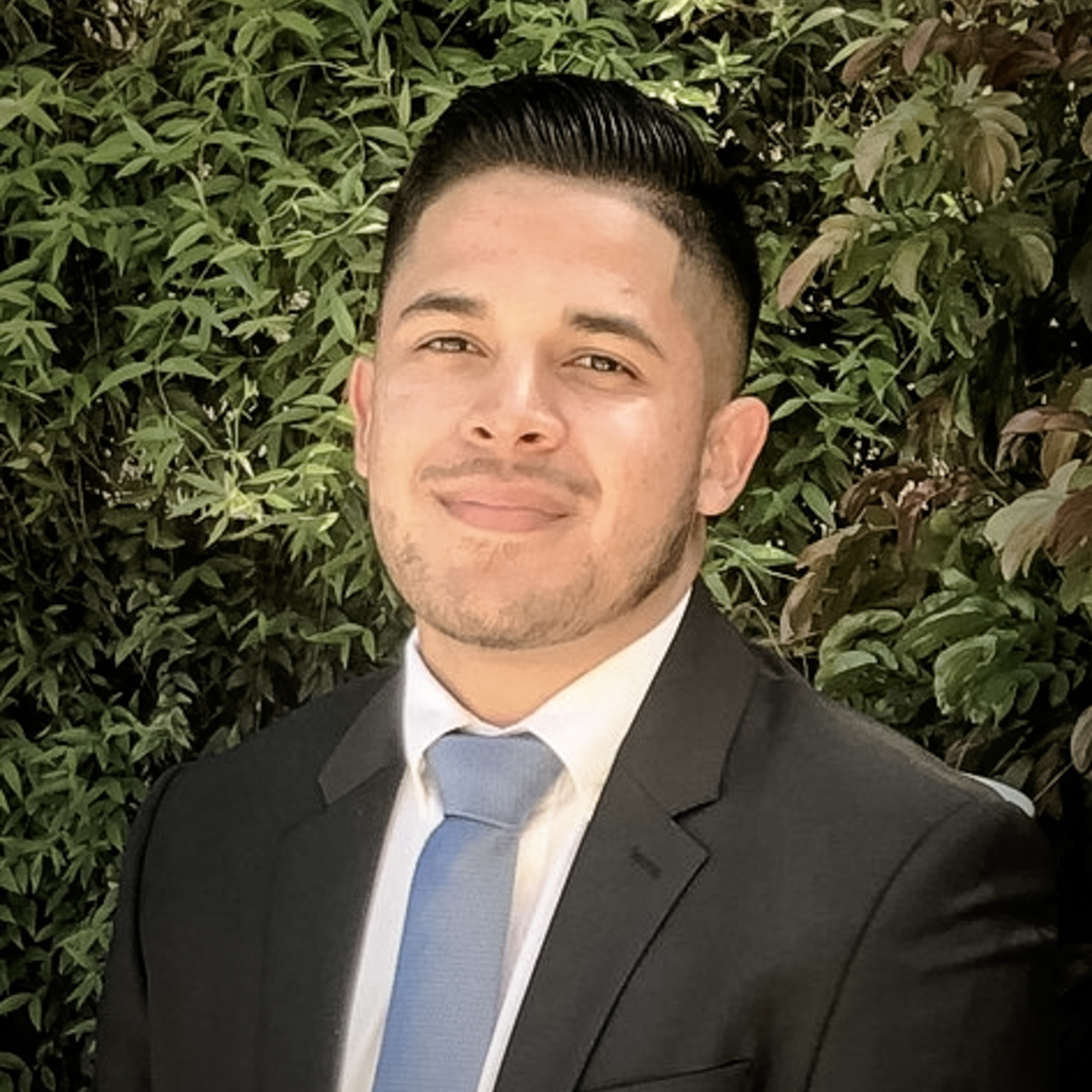 Mr. Rivas is an Investment Analyst at London Moeder Advisors. Since joining the firm in June 2019, he has assisted in market research, land use policy analysis, financial analysis and strategic consultation for various projects throughout Southern California and the Western United States.

Mr. Rivas received his Bachelor of Arts in Urban Studies and Planning with a minor in Real Estate Development from the University of California, San Diego. During his time at UCSD, he served as a founding board member of the re-vamped Triton Real Estate Organization and was heavily involved for two years on the school’s NAIOP University Challenge team. Mr. Rivas was part of the school’s first graduating Real Estate Development major/minor class which is the first of its kind at any of the University of California Schools. 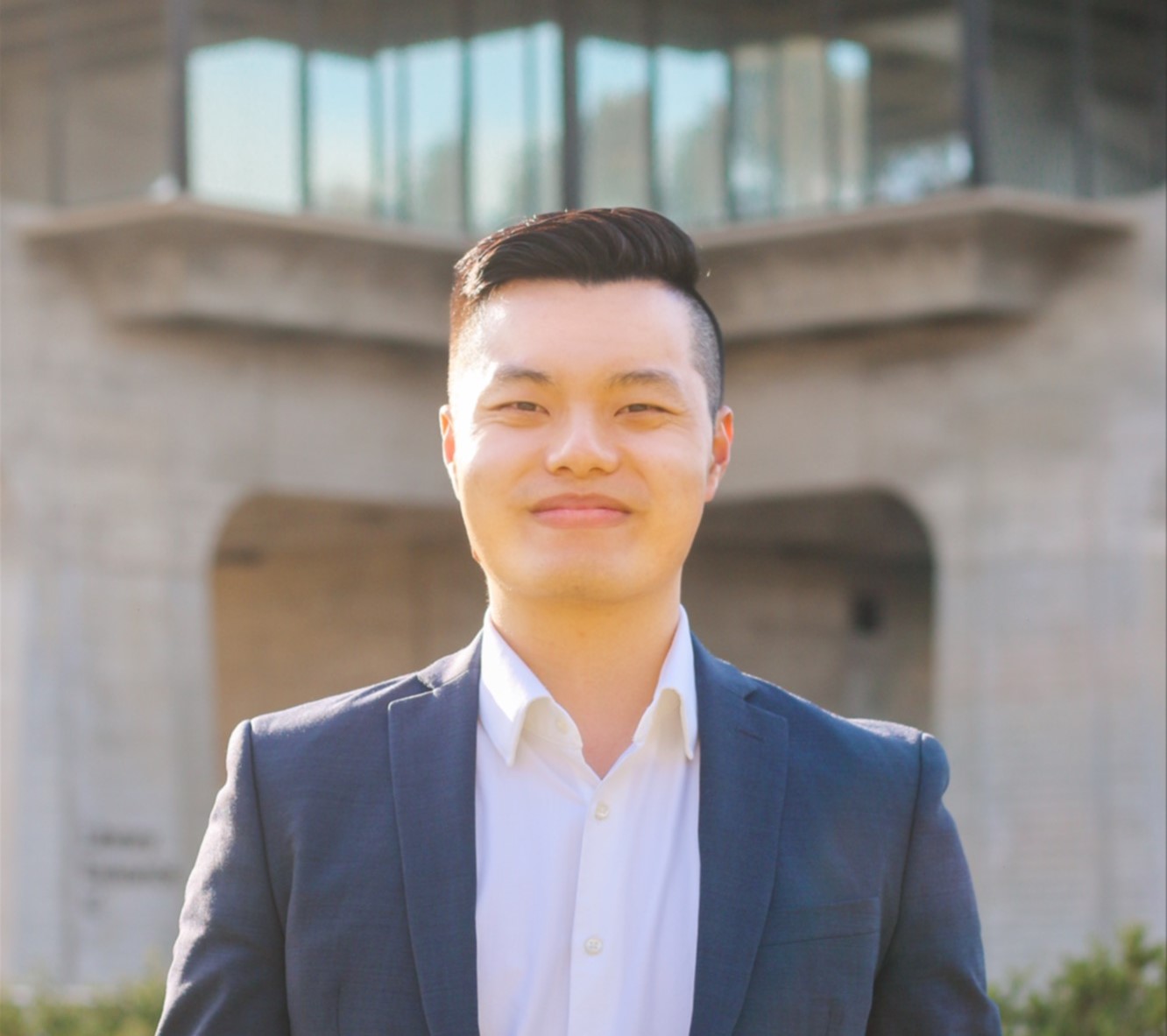 Mr. Chan is an Investment Analyst at London Moeder Advisors. Since joining LMA in June 2021, he has assisted clients in acquisition and disposition strategy through financial analysis, market analysis and positioning, zoning and entitlement analysis, venture structuring, and real estate litigation.

Mr. Chan received his Bachelor of Science in Real Estate and Development with a minor in Law and Society from the University of California, San Diego. While attending UC San Diego, he served two years as the President of the Triton Real Estate Organization and was a research associate for UC San Diego’s winning NAIOP Challenge team in 2020. Prior to joining London Moeder Advisors, Mr. Chan worked in the UC San Diego Real Estate Department on the Asset Management and Public-Private Partnerships (P3) teams. 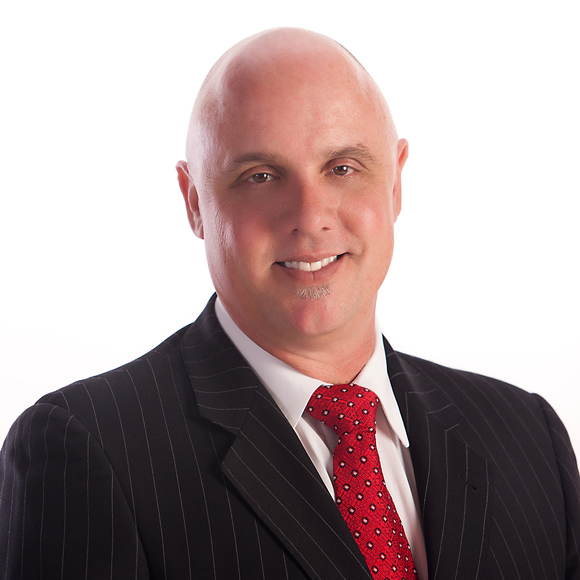 Lance W. Doré is the founder of The Doré Group and serves as the President and CEO. In this role, he counsels both public and private clients on a myriad of issues involving tangible and intangible assets, provides expert advisory services, directs valuation assignments involving a wide variety of conventional and complex real properties, serves as litigation support and an expert witness, and manages the firm’s overall operations.

Mr. Doré has been a real estate appraiser since 1983, initially working for Bank of America as a staff appraiser then as a senior appraiser with a fee appraisal firm in Del Mar, California. In 1988, he formed L.W. Doré, Real Estate Consultants and grew the firm through the eventual addition of two partners forming Doré & Curry, Inc. (1990) and Doré, Curry, & Marschall, Inc. (1997). In 1999, Doré, Curry, & Marschall, Inc. became the San Diego office for Integra Realty Resources with Mr. Doré serving as Managing Director. In the fall of 2005, he joined Cushman & Wakefield as the National Practice Leader of the Government Affairs and Energy practice and, in 2007, pursued an opportunity to serve as the President of European Emerging Markets and Vice President of Client Services for PGP, Inc./Colliers International valuation group. His unique depth of experience, coupled with his high personal standards of service, led him to found The Doré Group in late 2010. 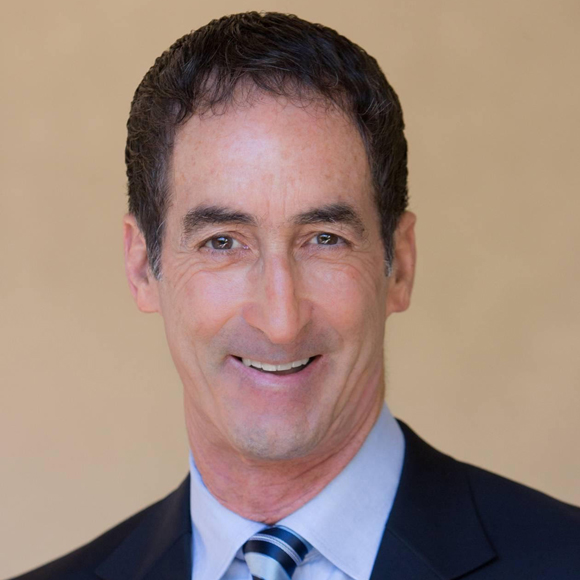 Bob serves as CEO and President of RAR Hospitality<http://www.rarhospitality.com/>. He is an internationally recognized hotelier with over 40 years of hospitality-related management experience. Recognized by his “hotel guru,” moniker, Bob shares insights and industry trends at www.hotelguru.com. He has held nearly every position in the hotel business including General Manager of full-service four Diamond hotels for Hilton and Embassy Suites. His education includes a bachelor’s degree in Hotel Administration from Western International University and a master’s degree in Tourism Administration from Arizona State University. He is a Certified Hotel Administrator and has served as chairman of numerous tourism organizations nationally and locally (San Diego and Phoenix) and is editorial advisor and board member for CCR-Magazine and Destination Elite.

Bob has been directly involved in developing several hotels including the Del Mar Marriott, Hilton Hotel Gaslamp Plaza, Hilton Garden Inn Carlsbad, Hilton Hotel Santa Clara and several Marriott resort hotels. In addition to being the “Hotel Guru” he publishes Hospitality Innsights, an electronic newsletter and is a Faculty Associate at Arizona State University where he teaches Hospitality Entrepreneurship.

Prior to starting his own firm, David was the founder and a Managing Director for seven years with RCLCO’s Development Services Group. David drew upon his 25 years of experience in the development business, which included completion as principal developer of over $1 billion in high-profile projects, to assisting numerous clients in the planning and execution of mixed-use, entertainment, and waterfront developments.

Between 1996 and 2002, David was a Senior Vice-President at TrizecHahn Development Corporation. During his six-year tenure, he was the key project executive on Hollywood & Highland and the Kodak Theater in Hollywood, CA (with architects Stan Eckstut and David Rockwell). During this same period, he initiated the development effort on Paseo Colorado in Pasadena, CA (also with Stan Eckstut).

Previous to his position at TrizecHahn, David was Vice-President/General Manager at Disney Development Company-West. During his nine years at The Walt Disney Company, he managed the development of over $200 million in projects including The Feature Animation Building in Burbank (with architect Robert Stern) and Disney Ice in Anaheim (with architect Frank Gehry).

From 1993 to 1996 he spearheaded Disney’s restoration of the New Amsterdam Theater in New York (with architect Hugh Hardy) and the highly acclaimed development of additional retail/entertainment business on New York’s famed 42nd Street.

Prior to joining The Walt Disney Company in 1988, David was a Vice-President at McCarthy Building Companies and was responsible for the start up of their successful Newport Beach, CA. office beginning in 1984.

* Full Member of the Urban Land Institute (ULI) – Policy and Practice Committee, Jury for the ULI Awards for Excellence – Americas (2010-2012)

Led the effort in the reimagining and development of a failed mall on Pasadena’s main street, Colorado Blvd., into a successful mixed-use project with 450,000 sq. ft. of upscale retail, restaurants and a 16-screen cinema, 391 luxury rental units (developed by Post Properties), and beautiful public spaces connecting the project to the City’s historic core.

Lead developer on a $362 million mixed-use develop- ment on a 10.9 acre marina-front site at the eastern gateway to the City. The project consists of 220,00 sq. ft. of upscale retail and restaurants, 325 for-sale residential units, a 100-key boutique hotel operated by Joie de Vivre, and cultural/educational amenities including a 99-seat theater which will be the home of Cal Rep and a 4,000 sq. ft. Coastal Learning Center to be operated by the Marine Studies department at CSULB. The project is in the entitlements phase with Long Beach City Council approval anticipated in the summer of 2011 and Coastal Commission approval approximately one year later.